Must Reads: Being Transformed by the Bible

“Blessed is the man who walks not in the counsel of the wicked, nor stands in the way of sinners, nor sits in the seat of scoffers; but his delight is in the law of the Lord, and on his law he meditates day and night. He is like a tree planted by streams of water that yields its fruit in its season, and its leaf does not wither. In all that he does, he prospers.” – Psalm 1:1-3 (ESV) 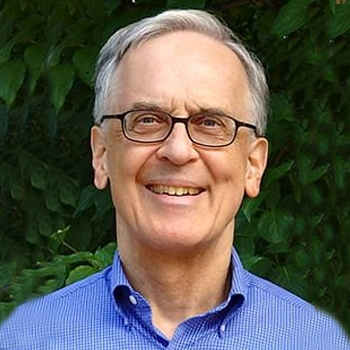 Tom Schwanda, is associate professor of Christian Formation and Ministry at Wheaton College and adjunct associate professor of Christian Spirituality at Fuller Theological Seminary. Tom earned a Ph.D. from Durham University, a D.Min. from Fuller, and a M. Div. from New Brunswick Theological Seminary. He also studied at Gordon-Conwell Theological Seminary. He is the author of numerous articles and book chapters and three books, including The Emergence of Evangelical Spirituality: The Age of Edwards, Newton, and Whitefield and is currently preparing a book on George Whitefield, a biography that will highlight the importance of Puritans in his ministry. Eugene Peterson, Professor, received his S.T.B. from New York Theological Seminary, and M.A. in Semitic Languages from Johns Hopkins University. At Regent College, Vancouver, B.C. he served as the James M. Houston Professor of Spiritual Theology at Regent and retains the position of Professor Emeritus of Spiritual Theology.  He has authored numerous books, including Run With the Horses, A Long Obedience in the Same Direction: Discipleship in an Instant Society, Subversive Spirituality, Five Smooth Stones for Pastoral Work, and, perhaps most well-known, The Message, a contemporary rendering of the Bible in everyday language. In 2020, The Message was released in a single volume containing both Old and New Testaments.