Read and listen to articles that entail more about C. S. Lewis. 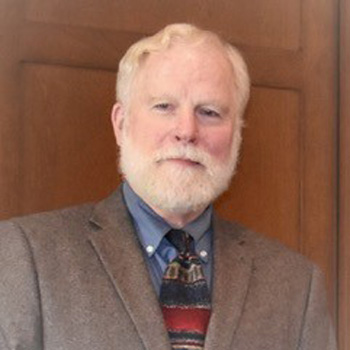 David C. Downing, Author, is the Co-Director of the Marion E. Wade Center at Wheaton College in Illinois. He earned his PhD from UCLA and has written four scholarly books on C.S. Lewis: Planets in Peril (1992), The Most Reluctant Convert (2002), Into the Wardrobe (2005), and Into the Region of Awe (2005.) Downing also provided a critical introduction and over 400 explanatory notes to the new edition of C.S. Lewis's The Pilgrim's Regress, originally published in 1933 and reissued by Eerdmans in the Wade Center Annotated Edition (2014). Downing is a consulting reader on C.S. Lewis for the Publications of the Modern Languages Association (PMLA), as well as Christian Scholars Review and Religion and Literature. Walter Hooper, Author, (1931 – 2020) earned a B.A. in English and an M.A. in Education from the University of North Carolina at Chapel Hill. He served in the U.S. Army for two years between these degrees. In June 1963, he studied at Exeter College’s summer session in England. While there, he met C.S. Lewis in person and over time helped Lewis informally with his correspondence.  After Lewis’s death Walter Hooper assisted with C.S. Lewis’s literary estate. Since then, Hooper edited numerous volumes of Lewis’s writings, as well as published three books of his own on Lewis and his writings. Hooper was awarded the Clyde S. Kilby Lifetime Achievement Award by the Marion E. Wade Center on October 21, 2009. Elesha Coffman, is an Assistant Professor of History, Baylor University. She teaches modern U.S. and intellectual history at Baylor. She graduated from Wheaton College and worked at Christianity Today International before completing her PhD at Duke University. Her scholarly interests include American evangelical and mainline Protestant traditions, print media, assessments of cultural influence, and religious constructions of gender. She is writing a spiritual biography of the anthropologist Margaret Mead for the Oxford University Press “Spiritual Lives” series, edited by Timothy Larsen.