“Finally, be strong in the Lord and in the strength of his might. Put on the whole armor of God, that you may be able to stand against the schemes of the devil. For we do not wrestle against flesh and blood, but against the rulers, against the authorities, against the cosmic powers over this present darkness, against the spiritual forces of evil in the heavenly places.”  – Ephesians 6:10-12 (ESV) 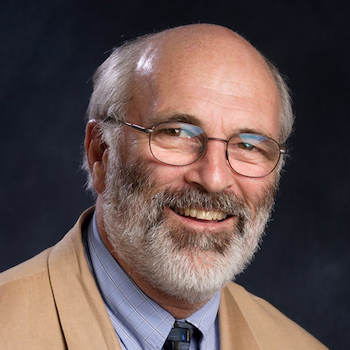 Clinton E. Arnold, Theologian, serves as Dean at Talbot School of Theology at Biola University and is a professor of New Testmant Language and Literature. He is the Vice President of the Evangelical Theological Society. Arnold is the editor of the four-volume Zondervan Illustrated Bible Backgrounds Commentary for which he wrote commentaries on “Acts," "Ephesians” and “Colossians”. He is the general editor of the Zondervan Exegetical Commentary on the New Testament for which he has written the volume on “Ephesians”. His other books include: How We Got the Bible (Zondervan); Ephesians: Power and Magic (Cambridge/Baker/Wipf & Stock); Powers of Darkness: Principalities and Powers in Paul's Letters (InterVarsity Press); The Colossian Syncretism (Mohr Siebeck/Baker); and 3 Crucial Questions About Spiritual Warfare (Baker).