Athanasius: The Incarnation of the Word of God

The Incarnation of the Word of God

When considering the best way to avoid theological error, C.S. Lewis once wrote, “The only palliative is to keep the clean sea breeze of the centuries blowing through our minds, and this can be done only by reading old books.”1 While this may be a familiar quote to Lewis readers, its source may not be. It comes from his introduction to a translation of Athanasius’s The Incarnation of the Word of God, by Lewis’s friend Sister Penelope Lawson, a nun in the order of the Convent of the Community of St. Mary the Virgin. At that time, nuns from this order were not permitted to write books under their own names, so readers looking for this translation will find the translator listed as “A Religious of C.S.M.V.” To understand the importance of The Incarnation, it is important to put Athanasius in his historical context. Twenty-first-century Christians might be tempted to think that the doctrine of the Trinity was universally accepted in the early church. But much of the general body of theology we now take for granted, especially regarding the Trinity, had to be developed and worked out. Athanasius played an important role in this theological process. He was born in A.D. 298 to a wealthy family near Alexandria, Egypt, and became the bishop of Alexandria before he was thirty years old.

There was a popular belief around that time that Jesus, though divine, was less than God. This belief was promulgated by Arius, a presbyter, also from Alexandria. Arius taught that because Jesus was “begotten” by the Father, Jesus was a creature made by God; therefore, there must have been a point in time in which Jesus did not exist. The implications for this view were grave; if accepted, it would have meant that ultimately Christ’s sacrifice on the cross would not have been sufficient payment for the sin of humankind. Athanasius was the prominent voice advocating for the divinity of Jesus. Not only was Athanasius a strong voice regarding the divinity of Jesus; he was also an important advocate for the doctrine of the Trinity over the course of his entire life.

In the introduction to The Incarnation, Lewis advises that, rather than read books about the great thinkers of the past, readers should go directly to the source and obtain “first-hand knowledge,” which is “usually much easier and more delightful to acquire.”2 This is excellent advice, especially applied to Athanasius. At fewer than a hundred pages, The Incarnation is a short work that develops into a comprehensive and easy-to-understand Christology. It begins by detailing Christ’s role in the creation of the universe. Paralleling the first chapter of John, where we are told that in the beginning the Word was with God and that all things were made through the Word, Athanasius identifies Christ as the Word, and that “the renewal of creation has been wrought by the Self-same Word who made it in the beginning.”3 Christ’s presence at the creation of the world is evidence for Athanasius of the inter-Trinitarian relationship between Jesus and the Father. From there, Athanasius begins to develop the reasons for the incarnation of the second person of the Trinity. The “why” behind the incarnation is love. Christ was “manifested in a human body for this reason only, out of the love and goodness of His Father, for the salvation of men.”4 God loves us and, as a consequence of His grace, made us in His image. Yet our sin marred that image; as a result, humanity “was unworthy of the goodness of God.”5 God’s response was to “renew His image in mankind, so that through it men might once more come to know Him.”6

This was done by Christ coming to earth to take the form of a human. Yet while He was a human, he was also fully God. Athanasius writes, “as Man He was living a human life, and as Word He was sustaining the life of the universe.”7

The proof that Christ rose from the dead and continues to live is found in His lasting impact, the most profound of which is that true followers of Christ have lost their fear of death in that they “tread it underfoot as nothing, and prefer to die rather than deny their faith in Christ.”8 Athanasius was a firsthand witness to Christian martyrdom, so his remarks regarding those willing to die for Christ have personal significance. Other proofs of Christ’s continuing impact cited by Athanasius include changes in the people’s behavior (“the living to cease from their activities, the adulterer from his adultery, the murderer from murdering”) and the growth in the number of Christians all over the world at that time. This is the work of One who still lives while the power of those who are dead “lasts only to the grave.”9 Athanasius’s influence reverberates throughout the fourth century. The controversy surrounding the divinity of Jesus was the subject of the Council of Nicaea, convened by the newly converted emperor Constantine in A.D. 325. Arius’s ideas were eventually repudiated, and we can see the foundations of Athanasius’s work in the Nicene Creed. It reads, “And in one Lord Jesus Christ, the only-begotten Son of God, begotten of the Father before all worlds; God of God, Light of Light, very God of very God; begotten, not made, being of one substance with the Father…” The words “begotten of the Father before all worlds” emphasize the eternal characteristic of the Sonship of Christ, eliminating the idea that there was ever a time when Jesus did not exist. We can hear the echoes of Athanasius in Mere Christianity where Lewis notes, “The Son exists because the Father exists: but there never was a time before the Father produced the Son.”10

For the modern reader, there is a twofold value in Athanasius’s The Incarnation of the Word of God. In his introduction, Lewis refers to the “sensible synthetic religions which are so strongly recommended today.”11 As in Athanasius’s time, skeptics are currently trying to infiltrate the church with false teachings and philosophies. Athanasius arms us with a thorough and complete understanding of who Jesus is so that we will be able to reject subtle and nuanced attempts to dilute both the theological heritage of the church and the living Word revealed to us in Scripture.

What’s more, Athanasius can serve as a role model for us today. In his introduction, Lewis reminds us that Athanasius’s epitaph is “Athanasius against the world.”12 When informed that the whole world was against him regarding his view of Christ’s full divinity, he replied, “Then I am against the world.”13 Like Athanasius, we must be ready to stand against that to which the popular heterodoxy or culture is pressuring us to conform. Oftentimes there is a cost for standing up for truth or, in Athanasius’s case, standing up for the “Truth.” Over the course of his life, he was exiled on five separate occasions. Toward the end of The Incarnation, Athanasius notes, “anyone who wishes to understand the mind of the sacred writers must first cleanse his own life, and approach the saints by copying their deeds.” Let us aspire to copy the deeds of Athanasius and, as Lewis wrote, “keep the clean sea breeze of the centuries blowing through our minds” by reading The Incarnation of the Word of God. 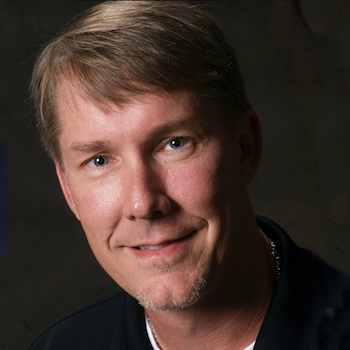 Athanasius: The Incarnation of the Word of God