Reflections: The Turn Of The Tide

In 1948, C.S. Lewis published a poem, “The Turn of the Tide,” which Lewis scholar Michael Ward describes as “a meditation upon the cosmic significance of Christ’s Nativity.” An excerpt follows:

Breathless was the air over Bethlehem. Black and bare
Were the fields; hard as granite the clods;
Hedges stiff with ice; the sedge in the vice
Of the pool, like pointed iron rods.
And the deathly stillness spread from Bethlehem. It was shed
Wider each moment on the land…
So it ran about the girth of the planet. From the Earth
A signal, a warning, went out
And away behind the air. Her neighbors were aware
Of change. They were troubled with a doubt… 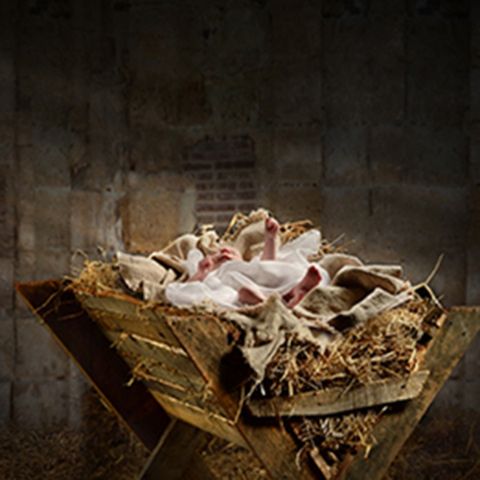 Like a stab at that moment, over Crab and Bowman,
Over Maiden and Lion, came the shock
Of returning life, the start and burning pang at heart,
Setting Galaxies to tingle and rock;
And the Lords dare to breathe, and swords were sheathed
And a rustling, a relaxing began,
With a rumour and noise of the resuming of joys,
On the nerves of the universe it ran.
Then pulsing into space with delicate, dulcet pace
Came a music, infinitely small
And clear. But it swelled and drew nearer and held
All worlds in the sharpness of its call…
A shiver of re-birth and deliverance on the Earth
Went gliding. Her bonds were released.
Into broken light a breeze rippled and woke the seas,
In the forest it startled every beast…

So death lay in arrest. But at Bethlehem the bless’d
Nothing greater could be heard
Than a dry wind in the thorn, the cry of the One new-born,
And cattle in stall as they stirred.1

As we prepare for Christmas this year, let us meditate on the significance of Christ’s Nativity for the whole Creation, but especially what it means for us, our family and neighbors, and the rest of humanity

“And suddenly there was with the angel a multitude of the heavenly host
praising God and saying, ‘Glory to God in the highest,
and on earth peace among those with whom he is pleased!”

Reflections: The Turn Of The Tide