In his book The Problem of Pain, C.S. Lewis observes that “the proper good of a creature is to surrender itself to its Creator”,1 but points out that “to render the will to which we have so long claimed for our own, is in itself, wherever and however it is done, a grievous pain.” After discussing the “necessity to die daily”, Lewis continues:

But this intrinsic pain, or death, in mortifying the usurped self, is not the whole story. Paradoxically, mortification, though itself a pain, is made easier by the presence of pain in its context. This happens, I think, principally in three ways. 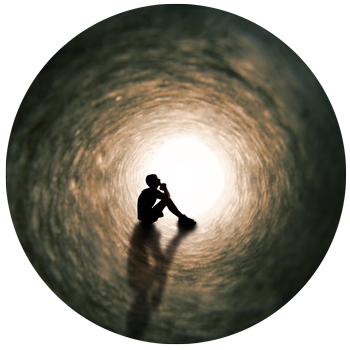 The human spirit will not even begin to try to surrender self-will as long as all seems to be well with it. Now error and sin both have this property, that the deeper they are the less their victim suspects their existence; they are masked evil. Pain is unmasked, unmistakable evil; every man knows that something is wrong when he is being hurt… And pain is not only immediately recognisable evil, but evil impossible to ignore. We can rest contentedly in our sins and in our stupidities; and anyone who has watched gluttons shovelling down the most exquisite foods as if they did not know what they were eating, will admit that we can ignore even pleasure. But pain insists upon being attended to. God whispers to us in our pleasures, speaks in our conscience, but shouts in our pain: it is His megaphone to rouse a deaf world…

If the first and lowest operation of pain shatters the illusion that all is well, the second shatters the illusion that what we have, whether good or bad in itself, is our own and enough for us. Everyone has noticed how hard it is to turn our thoughts to God when everything is going well with us. We ‘have all we want’ is a terrible saying when ‘all’ does not include God. We find God an interruption. As St. Augustine says somewhere ‘God wants to give us something, but cannot, because our hands are full—there’s nowhere for Him to put it.’ Or as a friend of mine said ‘we regard God as an airman regards his parachute; it’s there for emergencies but he hopes he’ll never have to use it.’ Now God, who has made us, knows what we are and that our happiness lies in Him. Yet we will not seek it in Him as long as He leaves us any other resort where it can even plausibly be looked for. While what we call ‘our own life’ remains agreeable we will not surrender it to Him. What then can God do in our interests but make ‘our own life’ less agreeable to us, and take away the plausible sources of false happiness? It is just here, where God’s providence seems at first to be most cruel, that the Divine humility, the stooping down of the Highest, most deserves praise…2

Can you think of situations in your life where God has used pain to bring you closer to Him?

“And we know that for those who love God all things work together for good,
for those who are called according to his purpose.”