J.M. Njoroge, is a speaker and writer.  He graduated from Talbot School of Theology with a master’s degree in philosophy, a master’s degree in New Testament studies and a ThM. Njoroge earned his PhD in philosophy from the University of Georgia and was the host of the radio program Let My People Think. His passion is to help clear the fog between the academy and the local church by making the case for the credibility of the gospel of Jesus Christ in a winsome and persuasive manner. 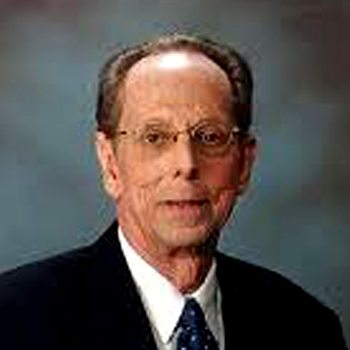 David B. Calhoun, (1937-2021) was Professor Emeritus of Church History at Covenant Theological Seminary in St. Louis, Missouri.  A minister of the Presbyterian Church in America, he has taught at Covenant College, Columbia Bible College (now Columbia International University), and Jamaica Bible College (where he was also principal).  Calhoun has served with Ministries in Action in the West Indies and in Europe and as dean of the Iona Centres for Theological Study.  He was a board member (and for some years president) of Presbyterian Mission International, a mission board that assists nationals who are Covenant Seminary graduates to return to their homelands for ministry.

AuthorYear Five Fellows, 2005 – 2007, is a C.S. Lewis Fellows group who began their journey together as disciples of Jesus Christ and who articulate, defend, share, and live their faith in personal and public life. Their group continues to meet regularly.

Professor, Senior Fellow for Systematic Theology, CSLIKevin J. Vanhoozer, is the Research Professor of Systematic Theology at Trinity Evangelical Divinity School; serves on the editorial board of the International Journal of Systematic Theology and the Journal of Theological Interpretation. He earned his M.Div. from Westminster Theological Seminary and a Ph.D. from Cambridge University. Previously, he served as Blanchard Professor of Theology at Wheaton College and as Senior Lecturer in Theology and Religious Studies at New College, University of Edinburgh. He has edited multiple books, including The Cambridge Companion to Postmodern Theology and Dictionary for Theological Interpretation of the Bible. He is the author of many books, most notably, Is There a Meaning in this Text? and The Drama of Doctrine: A Canonical-Linguistic Approach to Christian Theology.