Back to series
By Randy Newman on June 5, 2016 Knowing and Doing, Knowing & Doing 2016 Summer, Randy Newman

I expected a revolt. Instead, I got expressions of gratitude. I anticipated accusations of being a crotchety old man, but students told me they felt a sense of relief. I had just announced my decision no longer to allow computers or cell phones (or other tools of technology) in my classroom. I teach a course called Principles of Biblical Reasoning at a small Christian college, and I want our times together to be rich conversations about why we believe what we believe. Students updating their Facebook statuses, texting friends outside the class, or checking scores at ESPN.com doesn’t promote the atmosphere I hope for.

The class includes training in evangelism, and it seems to me that a core component for most people’s evangelism should involve good conversational skills. But, alas, such “common” knowledge is far from common these days. Many people are bemoaning the death or, at the least, the gradual demise of good conversation. The implications for evangelism loom large in my wrestling with how we can proclaim truth in an age of distraction.

If we hope to engage in conversation about weighty topics such as knowing God, acknowledging sin, and trusting in Christ’s death, we need to have some level of competence in listening, asking good questions, and pursuing rich conversation. If we can’t connect with people about the weather or their jobs, we may find it difficult to talk about eternity or their souls.

When providing evangelism training for churches or as part of our C.S. Lewis Institute Fellows Program, I include a workshop on listening skills. I pair people up and have one partner start the dialogue while the other is only allowed to ask questions. I’m hoping this helps them engage in better two-way dialogues instead of the more commonly practiced “simultaneous monologues.” For some people, it’s like learning a foreign language.

And so I was both encouraged and challenged to read Sherry Turkle’s New York Times article “Stop Googling. Let’s Talk,” (September 27, 2015) about her research on how technology is harming conversation. A professor in the program in Science, Technology, and Society at MIT, Turkle focuses on “What has happened to face-to-face conversation in a world where so many people say they would rather text than talk?”

She believes, “when two people are talking, the mere presence of a phone on a table between them or in the periphery of their vision changes both what they talk about and the degree of connection they feel.” She quotes research that suggests a significant decline in empathy among college students, which she attributes to an increase in use of cell phones, especially texting. But she sees some merit to a college junior’s view that, “Our texts are fine. It’s what texting does to our conversations when we are together that’s the problem.” 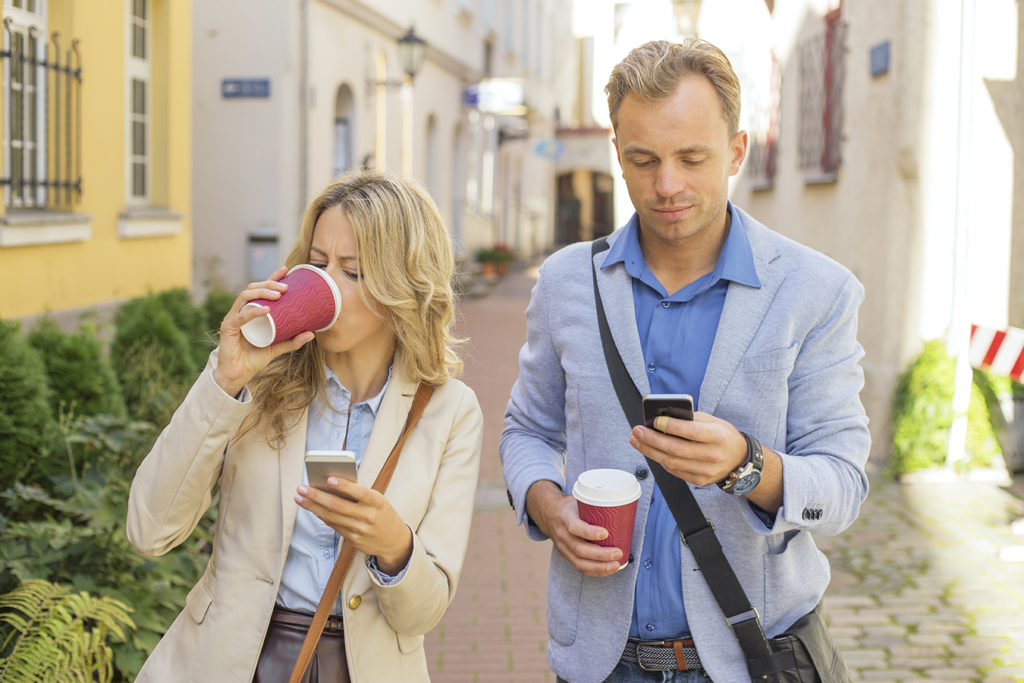 Turkle values conversation so highly as to see it in almost theological terms. “Conversation is the most human and humanizing thing that we do.” Thus she bemoans the decline of conversation, because it leads to loneliness, cripples our ability to express empathy, and diminishes our capacity for concentration. This, she insists, is because, “Our phones are not accessories, but psychologically potent devices that change not just what we do but who we are.”

1Her book Reclaiming Conversation: The Power of Talk in a Digital Age allows her to offer a fuller treatment of the topic. Consider these insights:

When they work best, people don’t just speak but listen, both to others and to themselves. They allow themselves to be vulnerable. They are fully present and open to where things might go.2

The desire to manage our time means that certain conversations tend to fall away. Most endangered: the kind in which you listen intently to another person and expect that he or she is listening to you; where a discussion can go off on a tangent and circle back; where something unexpected can be discovered about a person or an idea.4

But her analyses are far from hopeless. She’s not even extreme in her suggested solutions. “It is not about giving up our phones but about using them with greater intention. Conversation is there for us to reclaim.”5 She offers some suggestions to start disconnecting from our phones and reconnecting with our friends:

“We can choose not to carry our phones all the time.”
“We can park our phones in a room and go to them every hour or two while we work on other things or talk to other people.”

“We can carve out spaces at home or work that are device-free, sacred spaces for the paired virtues of conversation and solitude.” 6I would add some suggestions for enhancing our spiritual lives and our evangelistic efforts.

While Turkle has no discipleship goals for the application of her research, it is easy for us to see how her insights can help us as we seek first the kingdom of God. She almost sounds like a preacher with her comment, “This is our moment to acknowledge the unintended consequences of the technologies to which we are vulnerable, but also to respect the resilience that has always been ours.”

7God made us relational and social creatures. As we seek to introduce people to that God, we can pave the way toward rich gospel conversations by keeping our eyes on them, keeping our ears attuned to their words, and keeping our phones in our pockets. 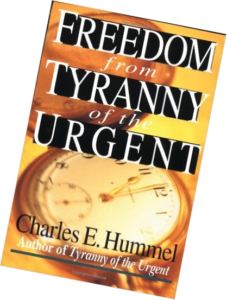 Now for the first time he expands on the life-changing perspective that has transformed the lives of thousands struggling to keep from being swept away by the rush of life. Gathered in this book are proven principles taken straight from biblical teaching, from today’s time-management experts and from Hummel’s own life experience.