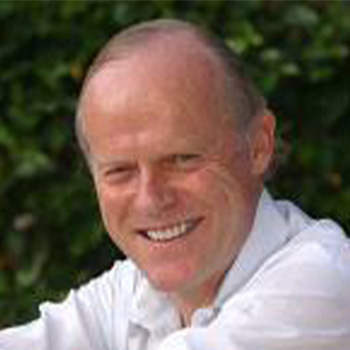 David Aikman, Author,  journalist and foreign policy consultant working in Washington in several different areas. He is the founding chairman and a board member of Gegrapha, a global fellowship of journalists, and recently a Senior Fellow at the Ethics and Public Policy Center in Washington, D.C. Some of his books include When the Almond Tree Blossoms (Kindle edition, 2016), Jesus in Beijing: How Christianity is Transforming China and Changing the Balance of Power (second edition 2006) and A Man of Faith: The Spiritual Journey of George W. Bush (April 2004. Aikman was born in Surrey, England, and received his Bachelor’s Degree from Worcester College, Oxford. He earned his Master’s and Ph.D. degrees from the University of Washington, Seattle. Member of House of Commons

Michael Bates, Member of House of Commons (former), also known as Baron Bates is a Conservative Party politician in the United Kingdom serving in the House of Lords since 2008 having previously represented the constituency of Langbaurgh in the House of Commons from 1992 to 1997. From 2014 to 2015, he was Parliamentary Under-Secretary of State for Criminal Information at the Home Office. In May, 2015 he was appointed Minister of State in the Home Office. In March, 2016, he resigned and vacated his role as Minister of State. Patricia Harned, Speaker, is the chief executive officer of the Ethics & Compliance Initiative (ECI), America’s oldest nonprofit in the ethics & compliance industry. Dr. Harned is an expert on culture change, ethical leadership, and workplace reporting/retaliation. She speaks and writes frequently as an expert on ethics in the workplace, corporate governance, and global integrity. Dr. Harned was selected by Ethisphere Magazine as one of the 100 Most Influential People in Business Ethics in 2007, 2014 and 2015, and was named one of the Top Thought Leaders in Trust in 2010, 2011, 2018 and 2020 by the nonprofit organization Trust Across America. Dr. Harned received her PhD from the University of Pittsburgh.