Back to series
By Lyle Dorsett on June 2, 2006 Knowing and Doing, Knowing & Doing 2006 Summer, Lyle Dorsett

C.S. Lewis did not live long by today’s standards. Dying before his sixty-fifth birthday, he nevertheless accomplished more in a relatively brief life than most men who are long-lived and obsessively ambitious. During his productive years this slightly rotund, tall, bespectacled man with red face, bald head, and tea-stained teeth, published almost forty books, nearly seventy poems, 125 essays and pamphlets, three dozen book reviews, and two short stories. This Belfast-born and Oxford-educated academician found time to edit or write prefaces to eleven volumes, and he taught full time—first at Oxford and later at Cambridge. He also preached thoughtful and inspired sermons, delivered lively, insightful lectures, gave popular radio talks, and maintained a voluminous correspondence. Although Professor Lewis was a bachelor until the last decade of his life, he always supported a houseful of people, and he devoted countless hours to counseling a stream of seekers who made pilgrimages to his house in search of spiritual advice and edification.

The range of C.S. Lewis’s interests is as remarkable as the quantity of his work. He wrote juvenile and adult fiction, literary history and criticism, as well as popular theology and apologetics. But he was more than prolific and far ranging—he was strikingly talented. Lewis’s fiction is enchanting and his scholarship is original. His Christian treatises are penetrating and instructive. A most notable venture into philosophy, The Abolition of Man, was selected as one of the “Great Books” by Mortimer J. Adler, and the bulk of his writing is still in print, widely read, and translated into many languages.

How do you write a biography of a brilliant man who mastered many subjects? Every biographer is confronted with the problem of selection. With C.S. Lewis, however, this normal difficulty assumes gargantuan proportions. A mid-life convert to Christianity, Lewis left us more than stacks of publications, he bequeathed thousands of letters that have survived. Besides two published autobiographical volumes, there are also family papers and diaries. Scores of personal reminiscences about C.S. Lewis—published and unpublished—are available to serious researchers. Furthermore, the secondary literature on this famous Christian is weighty, and there seems to be no end to master’s and doctoral theses on this celebrated Englishman. Plenty of Lewis’s relatives and friends are alive and able to assist a prospective author. And most of this famous man’s dwelling places and haunts are in good repair and available for exploration.

William Griffin, formerly a senior editor at Macmillan and now a freelance writer, has courageously waded into the massive reservoir of sources. Being associated with Lewis’s leading American publisher, Griffin knows there has long been a need for a major biography of Lewis. Chad Walsh, an Episcopal priest and Professor of English Literature, wrote the first book on Lewis nearly forty years ago. Entitled C.S. Lewis: Apostle to the Skeptics (1949), this is still an important book, but it is long out of print. The first full-scale biography did not appear until 1974. Entitled C.S. Lewis: A Biography, it was written by Roger Lancelyn Green (a talented and long-time friend of C.S. Lewis) and Walter Hooper (Lewis’s private secretary for a few weeks in 1963). This book is still useful and in print.

A dozen years later in 1986—nearly a quarter century after Lewis’s death—we finally have a new book on this century’s most widely quoted and profoundly influential English language Christian thinker and writer. Griffin’s book is called Clive Staples Lewis: A Dramatic Life. In 430 pages of text this clearly written and heavily documented book relies upon much of the recent scholarship, and all of the published primary sources which have become available since the Green and Hooper biography was published.

William Griffin has written a crisp and moving account, and he says he wrote it for Americans. Spelling has been  Americanized, and many customs are explained for people innocent of British history and culture. The book is full of fascinating anecdotes, and the author retells many of the rich experiences of Lewis’s life.  Although this book has no major thesis, Griffin does present evidence to bury once and for all time some of the tiresome debates about Lewis’s life. Griffin makes it clear that the Anglican layman’s marriage to the once-divorced Joy Davidman Gresham was normal and consummated. The biographer also demolishes the implications in John Beversluis’s book, C.S. Lewis and the Search for Rational Religion, and in the fictional film “Shadowlands,” that Lewis’s faith was seriously damaged if not lost over the death of his wife.

I eschew the use of “definitive” as a way of describing any biography, because a book that speaks to our times will seldom answer the questions of our children. Nevertheless, the question inevitably arises: if this book is not definitive, is it at least the standard biography for this generation? Put another way, will people interested in this phenomenally influential Ulsterman need to look elsewhere to learn what they crave to know about Lewis? Alas, yes.

There is not much new in this latest book on Lewis. But Griffin is to be commended for trying something original. Rather than writing a traditional biography, a selectively styled literary biography, a dangerously tricky spiritual biography, or the popular life and times, Griffin has chosen a fresh way. Avoiding preachiness, omniscience, and tedious digressions, he has opted to let C.S. Lewis do the talking. C.S. Lewis: A Dramatic Life is unusual. In place of ordinary chapters, this medium-sized book contains nearly forty divisions—each one bearing the title of a year.

Because Griffin has decided to weave few of his own interpretations into the story, the text is laden with direct quotations. Since Lewis wrote little until 1927, the first chapter bears that date. Thirty-six subsequent chapters follow this one, concluding with 1963. Although Griffin allows us an occasional backward glance, he never carries the reader forward in time beyond the date of the chapter.

I was slightly annoyed when I first encountered those brief chapters with no theme or continuity except chronology and Lewis’s utterances in letters, books, sermons, essays, or lectures. But once I grew used to Griffin’s “camera-eye” technique (a style employed by John Dos Passos early in this century), I found it palatable—even savory. Griffin’s approach pleases because it is new and it keeps the reader focused on Lewis rather than the musings of the author.

Nevertheless, the drawbacks of this technique are significant. There is a one-dimensional quality to the book. Unless Lewis wrote about a person or topic, it is usually ignored. Few of the important people in his life are more than stick figures. And Lewis himself— because he deplored prolonged introspection and selfanalysis—is never developed. Many events in his life are ignored, and we learn almost nothing about social and cultural factors that shaped his life, or the subtle developments of Lewis’s faith and personality. Finally we learn nothing about his range of influence at home and abroad, and we have no assessment of his contribution to Christian thought and behavior.

Some readers may find Griffin’s reticence to pass judgment and draw conclusions refreshing. With so many self-styled authorities lecturing to us today, it is pleasant to come to some of our own conclusions. This welcome respite notwithstanding, Lewis is one of the major figures of our century. He has and will continue to influence thousands of people of all ages. A man of his stature demands a major biography. We want a description of his life in all its variety; we want to explore his mind in all of its richness. We require, as well, at least a preliminary assessment of his contribution to Christendom.

In brief, despite the pleasure and usefulness many readers will derive from C.S. Lewis: A Dramatic Life, we still need someone to read and assimilate the prodigious range of primary sources relating to this remarkable Christian. If a major biography for our times is to be written, it must derive much of its strength from insights available through modern scholarship in the fields of history, literary criticism, and psychology. But until such a major book is available, William Griffin’s book will be read and discussed by the ever-growing throng of Lewis admirers. 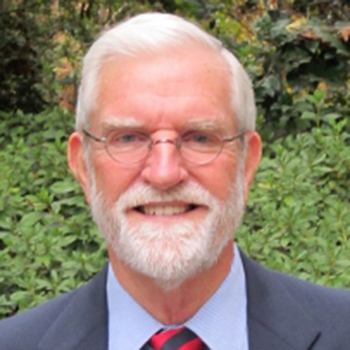